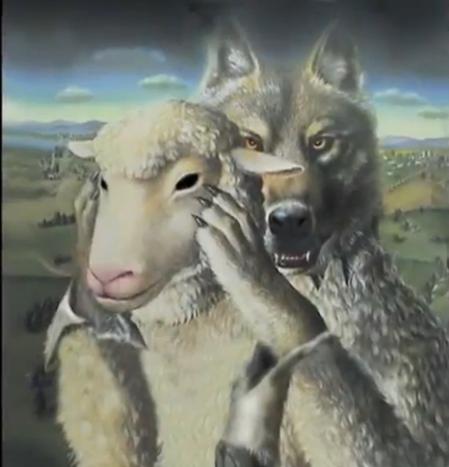 PART III
WHY DO SCHIZOPHRENICS KEEP GOING OFF THEIR MEDS
GIVEN THE DISASTROUS CONSEQUENCES?

Below is a response from a person hearing voices to one of our You Tube videos.  It is firsthand information that brings up some very important information about the voices that schizophrenic patients clearly hear that is critical for those of you suffering from this malady to understand.

FROM THE YOU TUBE VIEWER:“I had an experience where I was being enlightened or expanding my consciousness and I made a pact to work for good and within 4 weeks I had 7-8 contacts with police and lost my job and drivers license, then I tried to explain that I heard voices and they told me to stop taking meds, then I tried to tell a judge and it was like the legal system backed the demons.  I have spent two years trying to regain my direction and confidence.  I am afraid to pray anymore.”

FROM ANOTHER YOU TUBE VIEWER: This is a comment from a police officer with regard to his experience taking people to Belleview who stopped taking their meds.

This man is right on the button.  “I was a Police Officer in Midtown NYC, an area with a lot of schizo's and I took so many to Bellevue and they all stop taking the medication.  I never believed it was demons until now.  I never understood why they would stop taking meds and every family member I would contact would all say the same thing, ‘he or she just stopped taking their meds’ “

WHAT HAPPENS WHEN THE VOICES ATTACK: One of the first things I noticed after starting work in one of the largest psychiatric hospitals in the world was the difficulty we had with keeping patients who were hearing voices on their medications, their only link to sanity.  Repeatedly they would tuck their medications under their tongues and spit them out when staff weren’t looking.  The result was a slow slide back into a hellish psychosis where the voices constantly told them they were worthless, brought up every guilt ridden offense they’d ever done, demeaned them with constant derogatory comments and woke them up with horrible night terrors early in the morning when they began insulting and demeaning them again.

Hundreds of patients who heard voices who had never seen or spoke to one another were reporting the same content.

Eventually the voices began telling them that nobody loved them or cared and that anyone who attempted to show they cared were only putting on a fake show.  The voices then moved on to telling them they were worthless, an abject failure and a massive burden to everyone around.

Experiencing a very different but very real horrible reality than others, they isolated themselves divorcing themselves from any source of potential help as the voices grew in intensity finally telling them they were a worthless piece of meat and that their families and everyone associated with them would be much better off if they would just kill themselves.

Note that each attack upon schizophrenic patients by these voices is specifically designed to turn their mental state negative for the purpose of generating  a strongly negative emotional state within the individual.

As the attacks by these voices only the schizophrenic patient can hear progress and intensify they are unable to sleep, become increasingly paranoid, anxious and isolated from others before the voices begin telling them again what a worthless burden they are to others, and how everyone associated with them would be relieved if they would just leave this world.  It is no secret that the suicide rate of schizophrenics is many times higher than the normal population.

The insertion of such suicidal thoughts produces extreme amounts of negative emotional energy.  If you ask these patients they will tell you that after each attack their energy level drops to close to zero with some being so weakened that they can’t even get out of bed.  Some report that while the voices are screaming at them they can actually feel their energy being drawn off leaving them weak and very depressed.  Very few actually can make the connection between the attacks of these voices and their energy level dropping to zero.  They don’t know where their energy has gone despite the fact that there is a one to one correspondence between the disappearance of their energy and the appearance of the voices.

GOING OFF THEIR MEDS: While working at the state hospital I found it odd that given the horror these patients repeatedly experience after going off their medications and decompensating into a psychotic state, as close to hell on earth as one can come short of war, even after experiencing the terror and paranoia associated with this state, over time they repeatedly quit taking their medications as if their memory of what was going to happen had been forgotten.

Their behavior was akin to a man sticking his hand in a fire, getting burned then screaming with pain only to do it again a few weeks later repeating the behavior until his hand was so damaged it was no longer functional.

It seemed I was the only one among the staff who found this behavior incomprehensible.  Others on the staff felt such inexplicable behavior was merely a symptom of their illness and left it there.  Others felt it to be due to the unpleasant side effects of the anti-psychotic medications.

I began questioning scores of patients as to why they stopped taking their medications given the devastating consequences.  I continued this questioning for years.  The most common response was they didn’t like the admittedly unpleasant side effects of their anti-psychotic medications.  Granted, these side effects weren’t good, but compared to sinking back into the horror of insanity and a florid psychotic state the side effects were small potatoes.  Their excuse didn’t make sense.

I kept looking for answers until one day I was sitting with a patient in my office with her mother and we were both asking her why she again stopped taking her medications when she reported, “The voices kept telling me to.  They told me they were poison and kept telling me the side effects were proof that the psychiatrist was trying to poison me.  They told me to stop taking them.”

I was aware that this wasn’t the first time she stopped taking her meds and asked, “You’ve quit taking your meds several times before and every time you end up psychotic.  Why do you keep listening to the voices?”

Her response; “Because they are so damn believable and persistent.”

From that day on I would ask schizophrenic patients if the voices had anything to do with their quitting their medications.  Many outright reported as did the patient above, that the voices told them their medications were poison and to use alcohol or street drugs instead knowing the withdrawal effects only increased their anxiety.  Others also reported compulsive thoughts and feelings that their anti-psychotic drugs were bad and they were being poisoned but did not say the voices told them to stop taking their meds.

After questioning hundreds of schizophrenic patients it became very clear that the very first thing the voices go after is to try to get the patient to quit their anti-psychotic medications which calm them and the voices down.

If one studies the messages the voices give to these patients, they are all designed to foster fear, anxiety and guilt all of which generate negative emotional energy which mysteriously disappears after the voices attack.

These anti-psychotic medications are major tranquilizers and prevent the patient from becoming upset, fearful and paranoid markedly reducing the amount of negative emotional energy generated for consumption by the voices.

​THEY FEAR BEING DISCOVERED – QUOTE FROM CARLOS CASTENADA:  “We have a predator that came from the depths of the cosmos and took over the rule of our lives.  Human beings are its prisoners.  The Predator is our lord and master.  It has rendered us docile, helpless.  If we want to protest, it suppresses our protest.  If we want to act independently, it demands that we don’t do so… I have been beating around the bush all this time, insinuating to you that something is holding us prisoner.  Indeed we are held prisoner!”

“In order to keep us obedient and meek and weak, the predators engaged themselves in a stupendous maneuver stupendous, of course, from the point of view of a fighting strategist.  A horrendous maneuver from the point of view of those who suffer it.  They gave us their mind!  Do you hear me?  The predators give us their mind, which becomes our mind.  The predators’ mind is baroque, contradictory, morose, filled with the fear of being discovered any minute now.” (https://prof77.wordpress.com/our-predator-by-carlos-castaneda/) 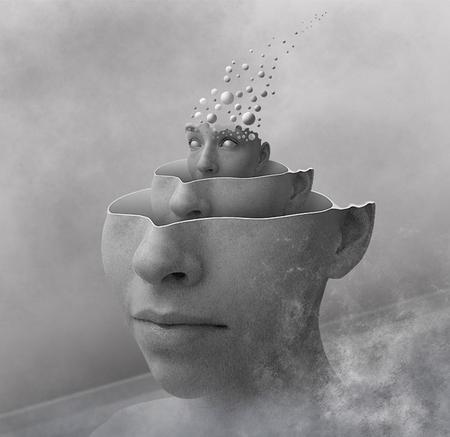 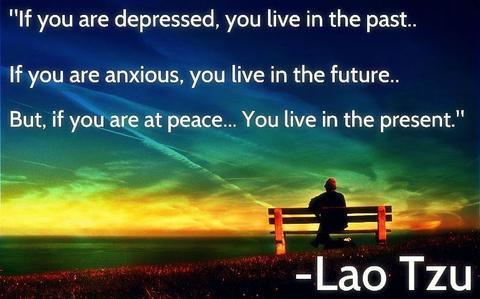 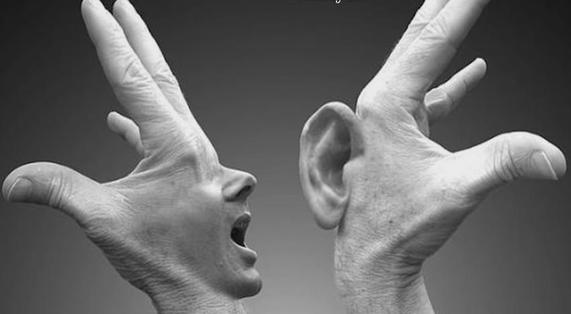 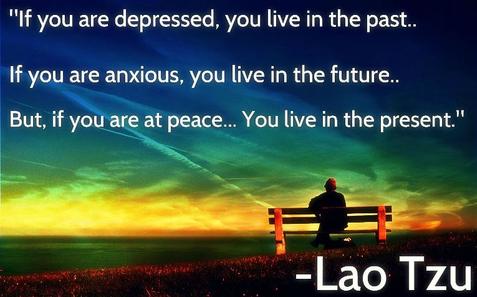