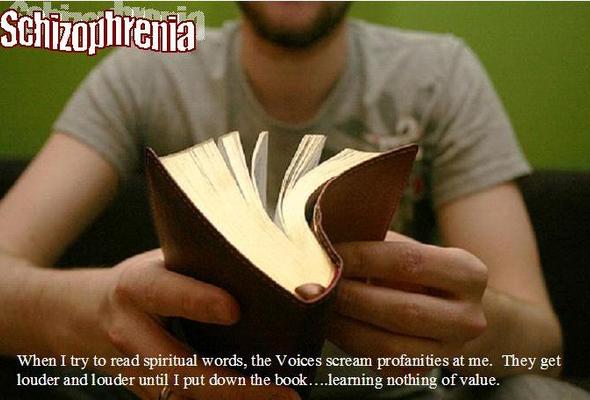 One of the first of many odd behaviors I witnessed on the part of my schizophrenic patients came to my attention shortly after I started work at one of the largest psychiatric hospitals on the planet:  They consistently chose to remain on the dingy wards rather than attending church services.

This was despite the fact that those who went to church not only got a pleasant walk through massive trees, fresh air and sunshine but they were often rewarded with cookies and ice cream after the services.

Patients with other psychiatric diagnoses had no problems attending church services and enjoying the associated benefits.  Upon realizing this odd behavior among my schizophrenic patients was consistent, I began to ask questions.

“Why are you choosing to remain behind in the dingy wards turning up your nose to sunshine, fresh air and ice cream?”

There were a variety of responses.  The most common of which were, "I don't believe in God, he's never helped me" and, "I just don't like it there."

I was curious.  Some hadn't been to church in years and attending wasn't even a consideration.  What possible attraction could a dull bland ward have in the face of cake and ice cream?

Some of my schizophrenic patients who had tried to attend services said that they experienced a marked increase in anxiety even thinking about it.  I began to ask questions about what triggered anxiety attacks so powerful as to overcome warm sunshine, a walk in nature and free ice cream and cake.

After months of questioning, one after another they told me the voices they were hearing in their heads grew significantly louder and more agitated even at the mere thought of going to church.  Once they physically entered the church, the voices became so loud and intense they couldn't bear it and had to get up and leave.  Others, determined to stay said the voices were so loud they couldn't make out what the preacher was saying.

Over time, the very same reports were coming in from patients who had never seen or spoken to one another.  What was it the voices were telling them?  Among the various derogatory remarks they directed against the church and the preacher, the voices consistently repeated two primary things: "Church is a bunch of crap, there is no God." and, "What makes you think Jesus is going to save you?.  He couldn't even save himself."

Although psychiatry staunchly insisted the voices were nonsensical, meaningless hallucinations what I was experiencing first hand was very different.  I found that if these patients were allowed to speak of their experiences without judgment and without the chains of preconception, the first hand information they reported was contrary to the label of hallucinations taught by the Ivory Tower of psychiatric education.

True hallucinations are random.  Whatever the voices were, they were far from random and consistently negative.  What kind of hallucination would consistently drive these patients out of church or preventing them from even attending which interfered with their hearing something positive that could markedly help them?  Curiously, some patients said that upon entering church, their voices went totally silent and remained quiet until they left.

Finding these reports perplexing, I increased my questioning of both groups.  It slowly became clear that those schizophrenics who were driven out of the church and bombarded so intensely by the voices they could not concentrate on the sermon, more often than not were plagued by a multitude of very strong voices.

On the other hand, patients who said their voices went silent after entering church were often found to be dealing with a single negative voice which was either not very strong in the first place or had been weakened by medications.

However this was not the rule, there were those who reported a single negative voice being so strong it was capable of increasing their anxiety level to the point where they actually ran out of the church hoping to shut them up.

After interviewing scores of these patients there was not a single, solitary report of their voices ever encouraging them to read the Bible, attend church services or partake of any other positive spiritual activity.  Whatever these things were, they were unidirectional and those directions were negative.

I began to wonder how the voices responded to those few schizophrenic patients who owned Bibles and attempted to read them (see Part IV).

Again, as with all this information, I strongly encourage those of you who are dealing with schizophrenic individuals who hear voices not take my word for anything being said here. Drop your preconceptions and go see for yourselves.  I've moved all around the country and dealt with schizophrenic patients from one side to the other.  The voices these individuals hear are exactly the same from one geographical location to another.

Ask these poor souls about their voices and what those voices are telling them.  Ask them what the reaction of their voices is to their reading the Bible and attending church.  You will face some resistance due to trust issues they harbor.  You must understand that historically for them, there is no positive outcome for them to speak of their voices.  They have already experienced a long history of negative repercussions for doing so.  They've lost friends who thought them weird or possessed.  They’ve been drugged into oblivion by psychiatrists for mentioning them.  People get frightened when confronted with something they don't understand and can't experience for themselves.  Be trustworthy with them.

Among these obstacles is the fact that the voices themselves insist they tell no one about them, that others will perceive them as crazy, something which indeed does happen.  You will need to be patient when asking them about their voices.  If they sense any judgment or threat on your part they will not take the risk and will remain silent.  If they sense that you are genuinely interesting in learning about their voices, they are more likely to open up. 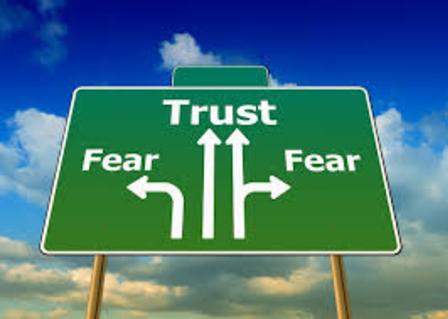