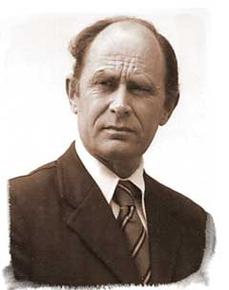 Antony C. Sutton — Feb. 14, 1925 - June 17, 2002
Antony Sutton has been persecuted but never prosecuted for his research and subsequent publishing of his findings. His mainstream career was shattered by his devotion towards uncovering the truth. In 1968, his Western Technology and Soviet Economic Development was published by The Hoover Institute at Stanford University. Sutton showed how the Soviet state's technological and manufacturing base, which was then engaged in supplying the North Vietnamese the armaments and supplies to kill and wound American soldiers, was built by US firms and mostly paid for by the US taxpayers. From their largest steel and iron plant, to automobile manufacturing equipment, to precision ball-bearings and computers, basically the majority of the Soviet's large industrial enterprises had been built with the United States help or technical assistance.

Professor Richard Pipes of Harvard said in his book, Survival Is Not Enough: Soviet Realities and America's Future (Simon & Schuster;1984): "In his three-volume detailed account of Soviet Purchases of Western Equipment and Technology . . . [Antony] Sutton comes to conclusions that are uncomfortable for many businessmen and economists. For this reason his work tends to be either dismissed out of hand as 'extreme' or, more often, simply ignored."

The report was too much and Sutton's career as a well-paid member of the academic establishment was under attack and he was told that he "would not survive".

His work led him to more questions than answers. "Why had the US built-up it's enemy? Why did the US build-up the Soviet Union, while we also transferred technology to Hitler's Germany? Why does Washington want to conceal these facts?"

Sutton, following his leads, proceeded to research and write his three outstanding books on Wall Street, FDR, the Rise of Hitler, and The Bolshevik Revolution. Then, someone sent Antony a membership list of Skull and Bones and "a picture jumped out". And what a picture! A multigenerational foreign-based secret society with fingers in all kinds of pies and roots going back to 'Illuminati' influences in 1830's Germany.

[The Works of Antony Sutton]

See his latest book "The View from 4-Space" at http://www.keyholejourney.com/aliens-and-et-s.html

Must watch - Catherine Austin Fitts: HOW TO SAVE OUR NATION & OUR LIVES BEFORE IT'S TOO LATE - Published July 11, 2017

21 Goals of the Illuminati and The Committee of 300 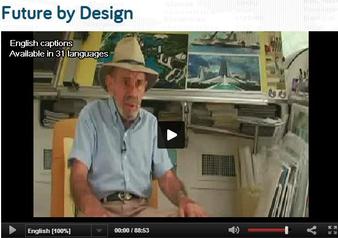 SOLUTIONS AND OPPORTUNITIES FOR SOCIETY