Ancient Art gives unexpected insight into what the Ancients knew about consciousness.

A significant discovery might forever change our picture of the distant past, and our estimation of how intelligent our ancient ancestors were. A 10-year ancient art research project has revealed the presence of a “new Rosetta stone”, a hidden visual cipher that has been ingeniously encrypted into ancient Egyptian art and architecture. The biggest surprise? The encrypted message paints a radically new picture of the degree of scientific sophistication in place in the ancient world. The findings are presented in the newly completed documentary series Magical Egypt 2

Ep. 440 FADE to BLACK Jimmy Church w/ Ralph Ellis, Del Bigtree: Jesus and King Arthur LIVE.  RALPH ELLIS - Researcher Extraordinaire - Ralph Ellis has been researching revisionary religious history (based on archaeological data) for more than 20 years. He appears frequently at conferences, and when not traveling around the world he lives in Switzerland.

The pyramids of the world are connected mathematically, and it’s very mysterious how many times the dimensions and distances match the golden ratio and the number Pi. What does this astonishing fact mean that the Pyramids are connected through math? From the Great Pyramid of Giza to Angkor Wat to Easter Island to the Dogon lands, to the city of UR in Mesopotamia, and Mohenjo-Daro; all these world monuments are aligned in a straight line! Because these mysterious monuments happen to be mathematically connected in distances to the golden ratio, it begs the question, is this a coincidence? it’s tough to say when the Great Pyramid of Giza itself also mirror the golden ratio in its design. So if it’s possible that all the mysterious world monuments and pyramids actually align not just mathematically but geographically too, does this mean that we are part of something greater than we could have ever dreamt of, or more specifically, were taught about? Because dreams seem to often parallel the truth when discussing Science Fiction. Oh, and we found 21 Chinese pyramids. Haven't heard of these Chinese pyramids? Neither had I until I ran into them on Google Earth looking in a particular province known for pyramids.

Richard Merrick | Interference Theory, Ancient Culture, & The Venus Blueprint - THC Fantastic researcher and creator, Richard Merrick, joins the podcast this week to speak about his work into the science of musical belief and his ensuing "Interference Theory." We communicate about the various avenues of research this opened up for him and the lengthy listing of insightful connections he turned into able to make about the human beings of the beyond, science, faith, magick, and more. Richard's Website and wherein you may download his Interference e-book totally free and also locate more information about The Venus Blueprint: http://www.interferencetheory.com/

​Ancient Destructions and the Archaeologist

Peter ‘Mungo’ Jupp is the author of the series. He is an Australian archaeologist with a passion not to follow traditions in archaeology. Peter does not think archaeology involves being ‘thrilled’ by dusting off broken pots and bones. What drives him is a passion to ask questions about civilisations and huge constructions that were suddenly smashed and just ‘disappeared’ from the face of Earth. He also questions how cosmic interference affected out planet.

Published on Mar 1, 2018 (58.43) - Marcus Allen of 'Nexus Magazine' lecture, on one of the most controversial theories put forward, and ultimately rejected from mainstream science and history. That of Immanuel Velikovsky who wrote “Worlds in Collision” and stated that cataclysmic disasters recorded in the Bible – and echoed in other ancient writings such as the Ancient Egyptians, the Mayas to name just two – were “convulsions of the Universe” that our ancestors deep in antiquity witnessed first-hand... 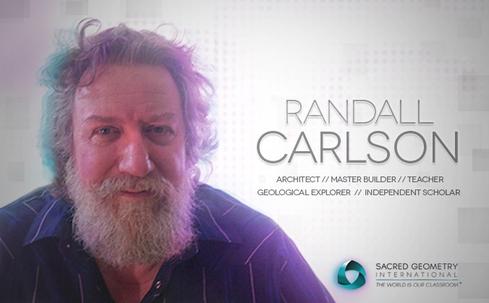 Earth, The Giant Ancient Mine, Fake Volcanoes, the Bosnian Pyramid and Petra - Oct 31, 2017

​This is the second part of the "Growing Mushroom Stones" video.  Directory of interesting sites http://megaliths.org/browse

Stunning new discoveries that will change how mankind thinks.