Welcome to a World of Exploring the Mind - Page 1 ​

To view archive of this web page click here 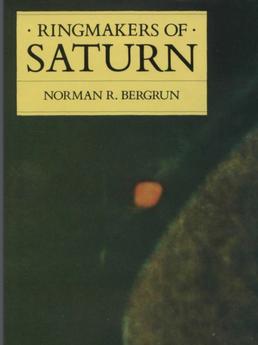 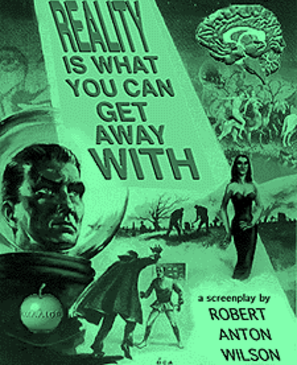 There is no Spoon (1 minute video)

Begin with knowing that you are far more than you imagine.  You are more than your physical body.  It's time you put this knowledge to good use.  Your mind is more powerful than you have been led to believe.

​Dr. Richard Alan Miller Ph.D, ESP, Alternative 3, Time Travel & Stargates, Mind Control & Alchemy, Physicist, Bio Physicist, Herbalist
- Dr. Richard Alan Miller is a pioneer in the annals of metaphysical and paranormal exploration and best selling author. Miller began working in the "X-Files" world of Navy Intel (Seal Corp. and then MRU) in the late 60s. His public collaborations and research continue. As an original black ops team-member, Miller's research in the field of paranormal began as a graduate physicist working 11 years with Navy Intel (Anesthesiology). During this period numerous foundational papers, including "A Holographic Concept of Reality" and "Embryonic Holography" were written. His past and current writings and presentations reveal a depth of knowledge and practical experience in three major fields; Alternative Agriculture, New Age Physics, and Metaphysics. Miller now writes for Nexus magazine and is a preferred guest on internet radio. He is re-emerging at a critical time in humanities evolution where metaphysics and practical survival converge.   ​

Galactic History - Stewart Swerdlow - FreemanTV - original air date October 11, 2007.  This interview consists of the galactic history and how it relates to earth politics today.  Believe the tale or not, either way, this is an amazing story so have a listen.  As it is said by so many researchers: be skeptical but keep an open mind.  For more information on Stewart Swerdlow go to www.expansions.com and search "youtube stewart swerdlow".

Anita Moorjani’s Near Death Experience clears in 4 days, grade 4B lymphoma cancer
Anita was diagnosed with terminal cancer, and doctors told her family she was just hours away from death. It was at this point that she “crossed over” and then returned again into this world with a clearer understanding of her life and purpose on earth. This understanding subsequently led to a total recovery of her health.

Parallel Universes: The Idea that Made Science Uncomfortable - BBC Horizon (video)
This is a fascinating 44 minute film.  The concept of parallel universes is supported by the Many Worlds Interpretation of Quantum Mechanics (MWI). Many-worlds implies that all possible alternative histories and futures are real, each representing an actual "world" (or "universe").  The MWI is also referred to as the relative state formulation, the Everett interpretation, the theory of the universal wavefunction, many-universes interpretation, or just many-worlds.  What if these scientists are right?  See the trailer below.  Click on link for full feature.

The Ring Makers of Saturn by Normal R. Bergrun
Presented herein are pictures of immensely large, enormously powerful extraterrestrial space vehicles located in the vicinity of Saturn and its moons. These photographic revelations are reinforced by, and are consistent with, scientific data extending over centuries as far back as Galileo. The pictures have been obtained by the author using simple, repeatable enhancement techniques applied to publicly available NASA photographs from Voyager 1 and 2 flybys of Saturn. Having been obtained by pre-scheduled flight programming, Voyager photographs are scientifically unique in that they are strictly impersonal.

The Ringmakers of Saturn Dr Norman Bergrun-1/7 (video 13:30) - The title of ET intelligence, the open secret.  This film is going to show you some vehicles that have been sited in space by Dr. Bergrun and by NASA.   In this presentation Dr. Bergrun points out technological characteristics of these vehicles that are advanced.

Klaus Dona : The Hidden History of the Human Race (March 2010) (video)
This video is a 45 minute slideshow, with a personal commentary from Klaus. It's data-rich, detailed, intensive, absorbing, and may contain more startling information about the history of the human race in one place than any other video you've ever seen.  The journey embarked covers Atlantis, reptilian humanoids, the Anunnaki, ancient symbolism, ancient science, an ancient global language, and much more. This is astonishing material.

Robert Anton Wilson - Scientific Philosopher
Robert Anton Wilson (1932-NEVER). One of the most profound and important scientific philosophers of this century, Wilson has written many important works of fiction and non-fiction. His vast intelligence and sharp wit are sufficient to shock and enlighten the most heavily imprinted domesticated primate nervous system.  This website has numerous interviews.  For a full listing of videos click here.

David Adair is an internationally recognized expert in space technology spinoff applications for industry and commercial use. At age 11 he built his first of hundreds of rockets which he designed and test flew. At 17 he won "The Most Outstanding in the Field of Engineering Sciences" from the US Air Force. At 19 he designed and fabricated a state-of-the-art mechanical system for changing jet turbine engines for the US Navy that set world record turnaround times that still stand today.

Science of Creating Reality: Black Holes & Vortex Vibrations (video)
It‘s all about vibration.  In truth, the only thing that is real is love and well-being.  Everything else is an illusion — “albeit a persistent one,” (quoting from Einstein).  If we can continue reminding ourselves of this, our world changes around us, then it expands to affect the matrix which begins to change everything in the matrix, because the matrix is apparently holographic in nature.  Bottom line: it is all about vibration.

​David Lynch on Consciousness, Creativity and the Brain (Transcendental Meditation)