2045 Initiative' - Russia Strategic Social Movement
A New Era for Humanity - The race for Immortality
Published Apr 28, 2012 -  Web entrepreneur Dmitry Itskov is behind the '2045 Initiative', an ambitious experiment to bring about immortality within the next 30 years by creating a robot capable of storing human personalities. 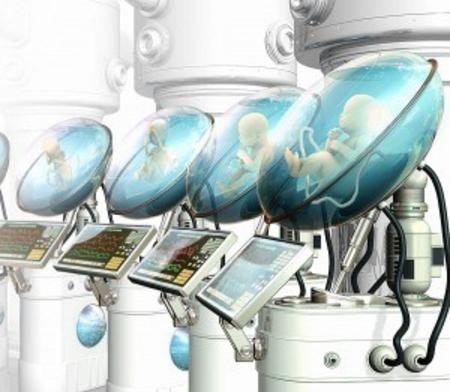 Singularity Hub chronicles technological progress by highlighting the breakthroughs, players, and issues shaping the future as well as supporting a global community of smart, passionate, action-oriented people who want to change the world.

Published on May 13, 2016 - An in-depth look at the Transhumanism movement and related concepts, with a special focus on pathways for extending the human lifespan. Topics including SENS and anti-aging research, mind uploading, Technological Singularities, and physical and mental augmentation.

Here we post articles and websites on the good, bad and ugly regarding the topic of immortality from the perspective of M.D.'s, scientists, and mystics.  Biologically, as we know it today within our limited state of ignorance, the human body is designed to live 120-150 years.   There are stories in ancient scriptures about certain people living 900 to 1000 years.  Perhaps they knew something we don't know yet.   Scientifically, many think the human body can be replaced with robot or android technology and our consciousness downloaded into a computer, allowing humans to live forever.   Personally, I think that's a terrible idea.   Maybe I'll write about that in my blog sometime.  Whatever your take on this topic, it's always good to do your own research.  We hope this page gets you off to a good start.

By James van der Pool
BBC Horizon
[Zou Renti (L) poses with his creation, a robot of himself, at an international expo on intelligent robots in Beijing,]
How long before robot counterparts are human and machine?

The half-human, half-robot cyborg has long been a vision nurtured by science fiction writers and futurologists. But how close are we to humans version 2.0, computer-enhanced people?

As we stand on the brink of the age of spiritual machines, are we as a society ready to face the consequences of our creation…or even to understand what those consequences are? Join us this week on The Corbett Report as we unpack the marvels and the horror of Kurzweil’s law of accelerating returns.​https://www.corbettreport.com/episode-185-the-singularity-cometh/ 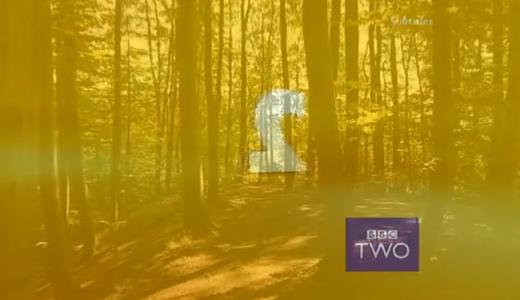 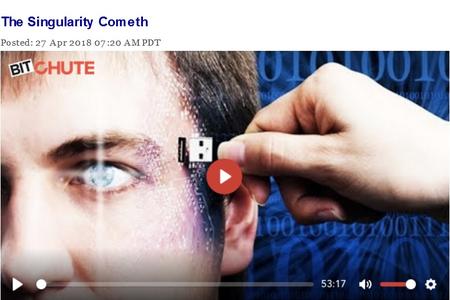