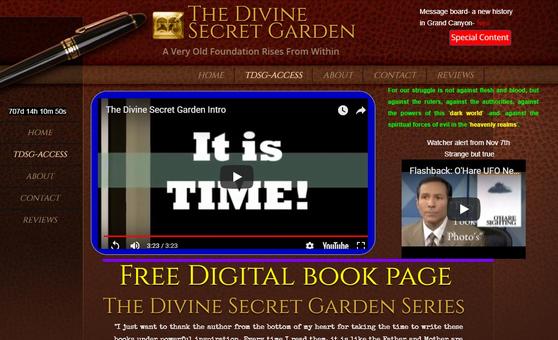 HEAVEN AND HELL by Emanuel Swedenborg

What happens to us when we die? Are heaven and hell real? If so, what are they like? "Heaven and Hell" contains the answers to these questions as seen by Emanuel Swedenborg (1688-1772).  Available for free in PDF format (click photo above).  Also available on Amazon.com in paperback. 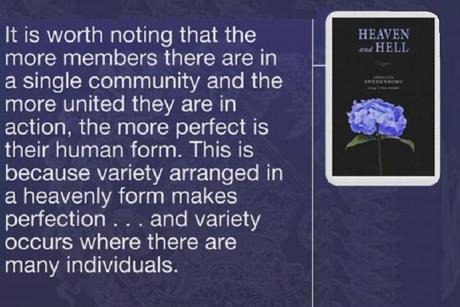 Rapid Entity Attachment Release(REAR) is a radical breakthrough and a multi-dimensional approach in producing swift and lasting relief in psychological and physical problems. This book is a manual for open-minded, professional therapists to assist their clients in gaining rapid relief from serious and debilitating psychosomatic conditions.

It demonstrates that by intervening in a client's energy levels, intrusive and well-concealed attached entities, which had contributed directly to the client's condition, may be exposed and addressed. Disorders such as epileptoid seizures, migraine fits, night terrors, phobias, obsessive compulsive behaviours, addictions, and other common ailments may be caused by well-concealed parasitical entities that drain the resources of their unsuspecting victims and hosts.

Presented as a lightning insight into alternate therapies, this manual demonstrates how electricity, acupuncture, hypnosis, past-life regression, and spirit release therapy, can be applied interactively.

Anxiety, depression, and fear ravage so many today, but few pause to consider that in addition to the material influences in our lives, we may be also under the influence of beings which exist in dimensions outside of our ordinary perception. 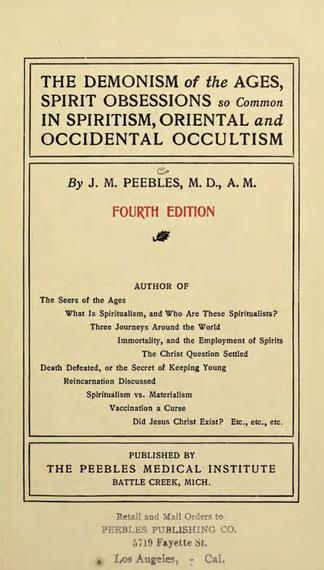 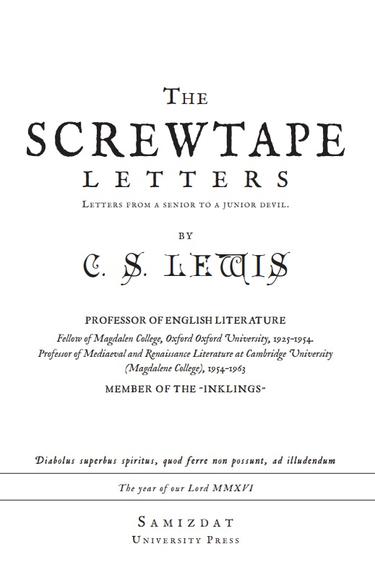 Since his late teens, Louis Proud has suffered from chronic sleep paralysis and has undergone hundreds of such episodes, many of them terrifying but ultimately transformational and eye-opening. These experiences, he believes, allow access to the "spirit realm" and could well hold the key to a whole host of paranormal phenomena, including poltergeist disturbances, out-of-body-experiences, mediumship, spirit possession, and succubi and incubi encounters. Drawing on the work of Colin Wilson, Joe Fisher, Stan Gooch, Whitley Strieber, Robert Monroe, Dion Fortune, and a number of other paranormal experts, Proud lucidly demonstrates that many sleep paralysis experiences involve genuine contact and communication with incorporeal entities, some of them parasitic and potentially dangerous. In this comprehensive, open-minded exploration of the sleep paralysis phenomenon, filled with fascinating descriptions of his own experiences, as well as those of others, no stone is left unturned as Proud attempts to get to the bottom of the mystery.  Available on Amazon.

THE DEMONISM of the AGES, SPIRIT OBSESSIONS so Common, IN SPIRITISM, ORIENTAL and OCCIDENTAL OCCULTISM, By J. M. PEEBLES, M.D., A.M.
PUBLISHED BY THE PEEBLES MEDICAL INSTITUTE BATTLE CREEK, MICH.

“The Demonism of the Ages, Spirit Obsessions, Oriental and Occidental Occultism” is a fascinating treatise on the history of demonology and possessions, exploring cases from Ancient Greece to nineteenth-century Korea and beyond.  This volume is highly recommended for those with an interest in demonology, and it would make for a fantastic addition to any collection.  First published in 1904.
Also available at Amazon 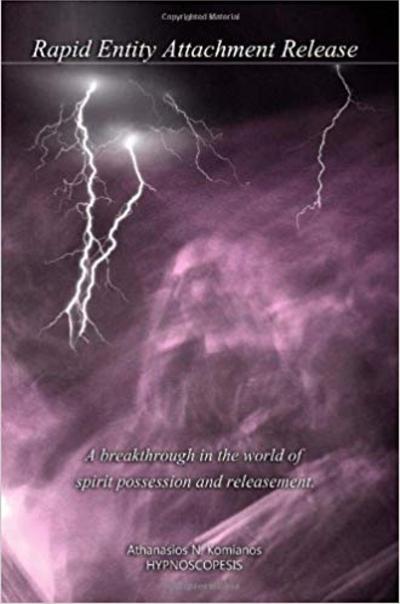 On August 3, 1979, the greatest miracle of this age happened to me. That day I suffered what appeared to be a physical death as the result of a sudden rupture of an internal artery. While physicians worked frantically on me in an emergency room, my spirit was separated from my body and taken into the spirit world where I was allowed to see many startling things.

The details of this experience were reported in some depth in my book entitled Placebo. One area I did not cover as fully as I would have liked is the portion that deals with the demons. For this purpose, I am writing this book. It is necessary for me to cover in detail all that I experienced and all that was revealed to me regarding the demons and their entire operations in this physical world.

It is not my intent to re-examine that portion of my experience which I related in depth in my first book but, rather, to cover in greater detail the activities of the demons in this present, physical world. This must be done so that the Christians might be forewarned and forearmed. I was allowed to experience this event so that you might know. 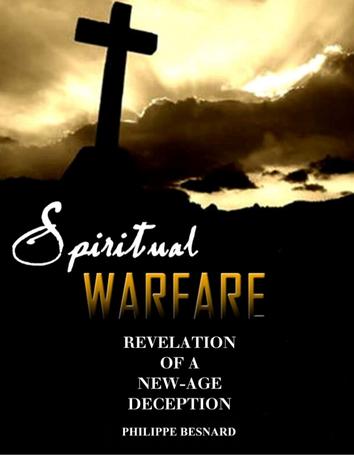 REMOVING CURSES
Learn powerful shamanic and psychological self help methods to transform or dispel any kind of curse.  Any kind of persistent pernicious problem is a curse.  Curses can range in intensity from uncomfortable, annoying irritations, to very serious, even life-threatening, problems.  Curses can come from overly critical parents, siblings, teachers, bosses, peers, or unfortunate circumstances,  as well as, from voodoo dolls and black magic.

Removing Curses gives step by step instructions for a variety of powerful methods to transform &/or dispel any kind of curse.

One small candle can dispel a lot of darkness,

The shamanic practices in this book act like floodlights!

When you apply these profound psychological, metaphysical and shamanic practices, you will be able to conquer any kind of curse. 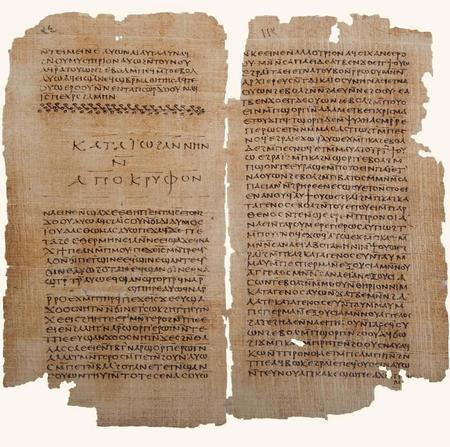 About Author, John V. Panella
The Divine Secret Garden
1. The Forbidden Knowledge - The Children of the Harvest
2. Alien Seed - The Virtual World of Gods & Humans
3. The Mystery of the Pyramid - & The All-Seeing Eye
4. Keys to the Master Code - & The Spirit World 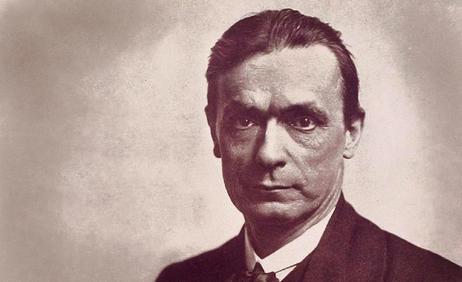 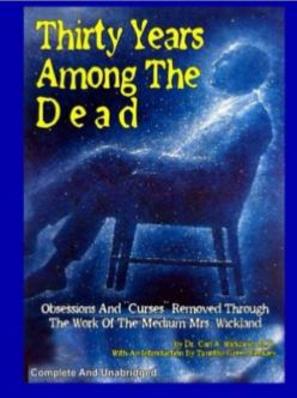 Spiritual warfare revelation of a new-age deception by Philippe Besnard

This book is written for people of the new-age as well as for Christian desiring to understand the new-age mind. This is a personal account of my life story. I am exposing here the main ideas, belief system and intricacies making up the new-age philosophy which is rapidly becoming a new world religion. I am offering this book online free of charge because I believe in our Lord's command of : “freely ye received, freely give”, Matthews 10:08. 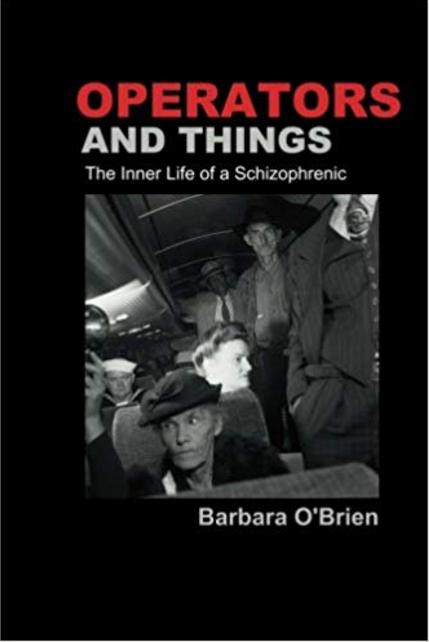 ​​​Thirty Years Among The Dead: Complete and Unabridged -- Obsessions And "Curses" Removed Through The Work Of The Medium Mrs. Wickland (from Amazon.com)

A CLASSIC IN PARANORMAL RESEARCH AND ABNORMAL PSYCHOLOGY - Learn how a medical doctor and psychiatrist working in conjunction with a spiritualist medium cured many psychogenic abnormalities and removed obsessions and supposed “curses” from those among the living who were undergoing fits of mental suffering and physical maladies.

The Gnostic Society Library - ​The Apocryphon of John Collection - Read the Book: The Secret Revelation of John - The Secret Book of John - Quote in the book:  "I have come to teach you about what is, and what was, and what will be in order for you to understand the invisible world, and the world that is visible, and the immovable race of perfect humanity."

Operators and Things: The Inner Life of a Schizophrenic by Barbara O'Bien
Barbara O'Brien is a pseudonym for a woman who experienced a six-month psychotic break during the 1950s and wrote about it in Operators and Things, originally published in 1958. She was last heard from in 1976, when she wrote a new chapter entitled "The New Minority" for a paperback edition of the book. At the time, her author's biography read: "Barbara O'Brien is now fully recovered and lives outside Los Angeles, California."

Michael Maccoby, Ph.D., is a psychoanalyst and anthropologist globally recognized as an expert on leadership for his research, writing, and projects to improve organizations and work. He has authored or co-authored twelve books and consulted to companies, governments, the World Bank, unions, research and development centers and laboratories, universities, and orphanages in twenty-six countries. He lives in Washington, DC.

COLLEEN DELEGAN's first life was an advertising creative director. Her second life is a screenwriter, novelist, and television writer. She is hoping for a third and final life as a wealthy nomad. She currently lives in Chicago.

MELANIE VILLINES is a critically acclaimed novelist, playwright, screenwriter, television writer, and biographer. Born and raised in Chicago, she lives in Los Angeles.

What do we really know about Enki and Enlil?  WesPenre papers - Genesis Paper #5:  Lord ENKI -- The Cosmic Vampire 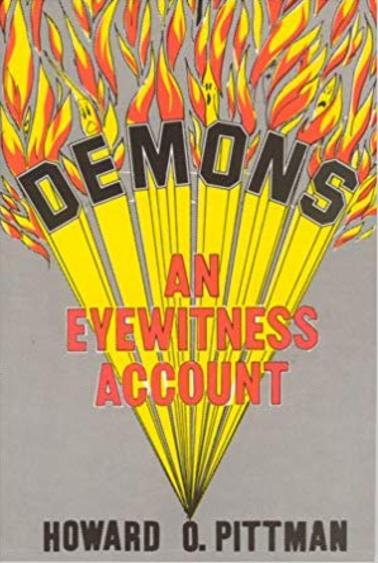 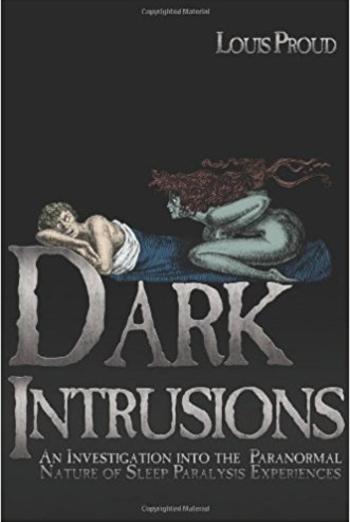 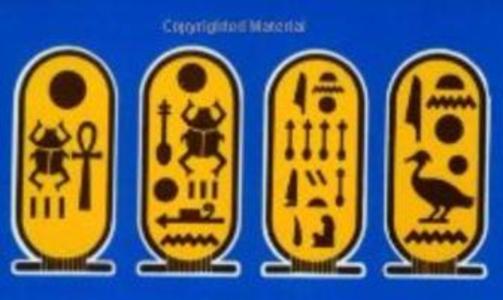 Back to Paranormal Articles

​
In acknowledgment of his pioneering exploration of science and spirit in his groundbreaking work, Spirit Releasement Therapy:  A Technique Manual, Dr. William J. Baldwin was honored with the 1994 Franklin Loehr Memorial Award by the International Association for New Science in Ft. Collins, Colorado. He has received other awards for lifetime achievement and contribution to the transpersonal field in the tradition of bridging Mind, Body, and Spirit.  Now Dr. Baldwin further expands his fascinating explorations into consciousness and documents what many hundreds of clients have discovered in clinical session.
.
CE-Vl: Close Encounters of the Possession Kind catapults the reader into the many-layered realms of human consciousness and experience, revealing unwanted intrusions by alien "others." This kind of ET/UFO encounter appears to be nonphysical yet every bit as intrusive as the well-known abduction scenario.  Addressing the heart of the matter, CE-Vl illuminatesa path for overcoming fear, and embracing the fresh, eternal, indestructible light of human freedom.

The Eternal Ethers - A Theory of Everything by Douglas Gabriel

"[S]eemingly magical ethers are the component parts of creation that exist as the foundation of all space and are the eternal mechanisms that create life. [...] The spiritual scientific understanding of the ethers, given by Dr. Rudolf Steiner and refreshed and refined by Gabriel, brings the best of the ancient and modern together in a clearly understandable fashion and shows the connections between the ethers and the human etheric body. To truly see the ethers as a comprehensive theory that explains creation, destruction, and rebirth requires insight and spiritual scientific imagination that can create new icons that embody these fundamental forces that create the miracle of life."  First published in 2017. 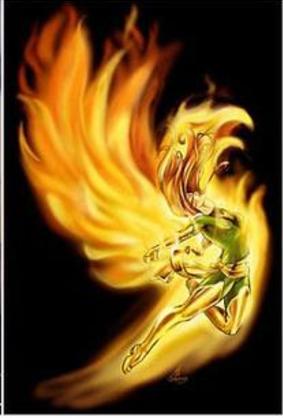 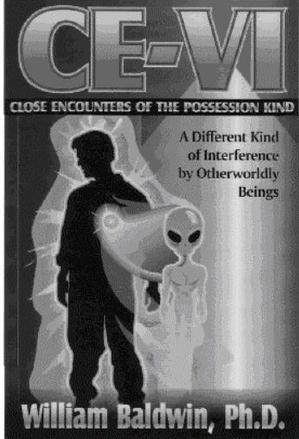 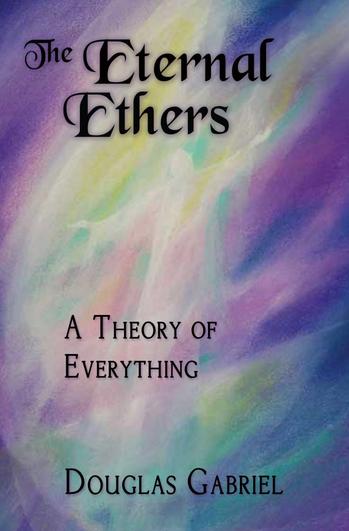 ​The Screwtape Letters by C.S. Lewis

​There are two equal and opposite errors into which our race can fall about the devils. One is to disbelieve in their existence. The other is to believe, and to feel an excessive and unhealthy interest in them. They themselves are equally pleased by both errors and hail a materialist or a magician with the same delight. The sort of script which is used in this book can be very easily obtained by anyone who has once learned the knack; but ill disposed or excitable people who might make a bad use of it shall not learn it from me.

Readers are advised to remember that the devil is a liar. Not everything that Screwtape says should be assumed to be true even from his own angle. I have made no attempt to identify any of the human beings mentioned in the letters; but I think it very unlikely that the portraits, say, of Fr. Spike or the patient’s mother, are wholly just. There is wishful thinking in Hell as well as on Earth.

In conclusion, I ought to add that no effort has been made to clear up the chronology of the letters. Number XVII appears to have been composed before rationing became serious; but in general the diabolical method of dating seems to bear no relation to terrestrial time and I have not attempted to reproduce it. The history of the European War, except in so far as it happens now and then to impinge upon the spiritual condition of one human being, was obviously of no interest to Screwtape.